I am the first to admit that I’m not an avid comic collector. I don’t go back “years” with my collection. Honestly I started when DC soft-reset everything with The New 52 (September of 2011?). However I wasn't ignorant of the medium before then. One of my best friends from high school ran a comic shop (he still runs a comic shop, but I've lost touch with him), so I was always surrounded by the stuff. And like any red blooded male I just knew what these characters were up to.

One thing that always has fascinated me about movie adaptations of comic books is the compulsory complaint from “comic book people” that the movie didn't get the continuity right. Seriously? Have they ever read comics?


The comic industry had to invent a word to explain the utter nonsense and lack of continuity in their realm. It’s called “retcon” which is short for “retroactive continuity”. Most people who have had access to the modern world can probably explain Superman’s back story. They may not have all the specific details, but they’ll say something like this:

“Superman’s home plant of Krypton was going to explode, so his dad put little baby Superman in a rocket and sent him away to Earth. He was found by a kindly couple, the Kents, who raised him. His dad died when he was a teenager and when he was older he went off to Metropolis. He got a job at the daily planet where he met Lois Lane, whom he loves, and he fights crime there as Superman. He can fly, he has heat vision, ice breath, he has x-ray vision, he’s super strong, and nothing can hurt him. He gets his power from the sun… or something like that… oh and this green stuff--Kryptonite weakens him.” 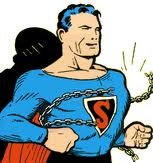 Sound about right? Well, yes, that is pretty close to what Superman’s current story is, though some very minor changes have been implemented, since the 70s it follows pretty much that formula.  However in 1938 he couldn't fly, he could be harmed (but nothing short of an exploding artillery shell could penetrate his skin), and his powers came from the fact that Krypton had super high gravity. Also both of his parents were dead and that’s why he left for Metropolis. At some point he just started flying, there was no explanation; he just could now. Then he got laser eyes and cold breath and other amazing things that had nothing to do with being from a high gravity world.

In the 1950s they expanded his story slightly. The Kents found him and put him in an orphanage, but as Superbaby he was wrecking the place, so the state basically gave him to the Kents sans all the legal stuff and the scientific advances studying an alien baby would give humanity. Then as a boy he donned the blue tights and flew around as Superboy, saving kittens and breaking hearts in Smallville. He still went to Metropolis later on to be Superman.

It’s not even exactly clear when the yellow sun thing came into it, but by the 60s that was definitely “a thing”.

But Superman was always Superman first and Clark Kent was his secret identity. 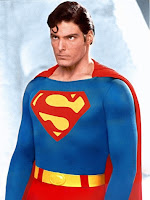 This all changed in the 70s. The character was rebooted and retconned. None of this nonsense from before actually happened (well it did, but on another Earth, that would be explained in Crisis on Infinite Earths) now the story is closer to how I explained it above. He was never Superboy, but they still wanted to sell Superboy books. So Superboy had to be changed, and change he did, over and over again. The current story is that Superboy is some kind of clone of Superman and some unknown DNA that gives him different powers than Superman. Supergirl’s story is much cooler than back in the 50s, but massively different. All of it retconned.

This is one set of characters. There are hundreds in the DC Universe alone, and they’re not the only ones that do this. Even Batman has changed considerably. Yes, Bruce Wayne’s parents were killed and he vowed to fight crime, but the details around it are constantly shifting. Even as recently as the Court of Owls story arc they added some crap about him believing the Court of Owls had something to do with their murder when he was a kid.

Anyone want to explain to me how Captain America was unthawed in the 1960s and is still like 30 years old 50 years later? Or how Tony Stark was captured by the Viet Cong and that’s when he built the first Iron Man suit, but he’s only like 35 now?

Do you see what I’m getting at about continuity? None of it matters. It’s like a damned soap opera. Someone wants a new take on the character, or the goal is to modernize a character, so they reinvent his/her backstory to fit a new shift in public opinion. The core stuff remains, books are sold, publishers are happy.

But the whole purpose behind this post is actually to point out a specific example of how continuity works in current comics. This example is from DC who does a far better job than Marvel with trying to tie the characters together. You will scratch your head when you look at this and say “How on earth can anyone do worse?” Trust me, Marvel does.

You will have to click on it to be able to actually read it.

So yeah, all that is going on right now and to my knowledge those books are all taking place in the exact same time frame. My evidence for this is that they have all crossed over and referenced their crossing over previously. In Justice League Superman and Wonder Woman are an “item”. This is referenced in the current Superman story arc “H’el on Earth” where she (and most of the rest of the league) are helping him try to stop H’el.

“So, why isn’t Aquaman there? Is it because he’s busy fighting the Atlantean army?”
It can’t be because when he’s fighting them Superman is there.

“Ok, so maybe the Superman story will take place just after the Justice League one and Aquaman gets killed or is out of commission after that story?"
Seriously? No, that would be stupid.

“Wait, Batman is currently being held by the Joker?”
Yes. He and the entire Batman family (Robin, Red Robin, Red Hood, Nightwing, & Batgirl) are being tortured by The Joker at this very moment.
“But he’s helping Aquaman and Superman at the same time?”
Yup.
"And he's also fighting Mad Hatter? Are you sure Batman and Dark Knight aren't two different timelines?"
They are supposed to be the same. During Court of Owls the story was crossing into all three main Batman titles.

“Hal Jordan is dead?”
Sort of. He was taken to a sort of Limbo by Black Hand along with Sinestro. The Guardians of Oa are currently trying to destroy the universe.
“And all the books acknowledge this?”
Well, they acknowledge that Hal Jordan is gone. The League (including Aquaman) even shows up to rough up Simon Baz, the new Green Lantern, (the Muslim one not the gay one) because they think he had something to do with Hal’s disappearance. He tells them that the ring informed him Jordan was dead. Makes it seem like they all take place at the same time, doesn't it?

“So what is Wonder Woman doing in her book?”
Shut up! Nobody reads that crap.

That’s an awesome book. You watch your tongue!


This is what I’m getting at. Next time a comic book person bitches that a movie didn't get some mundane detail correct, punch them in the mouth, and then take the latest copy of Birds of Prey and shove it in his ass… because that’s a truly awful book and it would do more good there.
Posted by Unknown at 5:51 PM