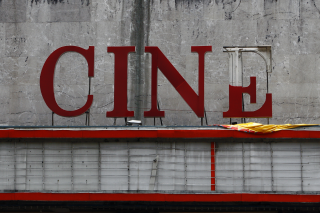 I recently read an article posted on Rotten Tomatoes with 100 Movies To See In 2013.

I'm not sure how weighted the list is. Surely more than 100 films will come out this year, so some of the choices are a little baffling. Regardless it inspired me to go through the list and highlight a few films I'm looking forward to. I'll doubtlessly have to come back to this article 12 months from now and go "WRONG!" many times over.  But what the heck, right?

I'm not going through all 100 films, just the ones about which I have something snarky to say.

I'm on the fence with this one. I love Superman. I wasn't a huge fan of Superman Returns, but it's still a pretty solid film. What direction is Zack Snyder going to take this? Is he going to try and make Superman dark and gritty? He's not that kind of character. There are ways to handle the character in a more serious tone, see Superman: Earth One by J. Michael Straczynski for an excellent example of this, but does Zack Snyder have that kind of tact?

Both trailers have been amazing, but that's just it. Snyder is a fantastic "scene" man. He comes up with great moments in film, but lacks the ability to pull an entire picture together. One of my favorite cinematic moments in recent memory is the opening of The Watchmen. Check it out HERE (warning, that site wouldn't open in IE for me, for some reason, but worked in Chrome). He manages to sum up huge (and mostly unimportant) chunks of back story in five minutes (Hey, Peter Jackson, consider giving this guy a call to tighten up your Middle Earth pictures). After that amazing opening, however, the film meanders, bogs down, has a nap, wakes up, and finally comes to a more interesting conclusion than its source material (I'm open to discussion on that if you'd care to argue). Presumably Man of Steel is based on no specific story, but an amalgam of existing Superman lore and new elements invented for the film, but so was Christopher Nolan's Batman triology and those worked out really well.

Don't let me down, Zack Snyder. I will come for you and it will take Superman to defend you from my wrath.

Just to get excited again I re-watched the trailers.  TEASER #1 and FULL TRAILER #1.

The second film on this list is another team up of Ryan Gosling and Nicholas Winding Refn. I'm really stoked. I loved Drive, so I expect big things from this.

They remade Carrie (again) with that hot chick from Kick-Ass!

I have no interest in it!!!

Where are they going with this one? The trailers hint at a darker tone, but I doubt Marvel has it in them, and I think I've even heard rumors to the contrary.  Marvel doesn't want to make serious films, they want to make huge blockbusters that fill the seats.  And that's fine.  Their track record as a studio with their flagship titles has been pretty stellar... in ticket sales anyway. Iron Man 2, Captain America, & Thor were a total mess. Great ideas, poorly executed, but they met in the middle and after watching you went "Eh, Joss Whedon is doing The Avengers, I bet that will be great!"

"But The Amazing Spider-Man sucked!"
That it did.
"I hated Wolverine!"
Well, it wasn't for everyone.
"X-Men: Origins was alright. January Jones turns a great performance in it!"
Wait, who said that?

None of those are done by Marvel studios. The rights to those characters are held by other studios. Hence why neither Spider-Man or Wolverine were in The Avengers, despite being perennial members of that team.

This is likely to be the final Iron Man standalone film with Robert Downy Jr.  His contract is up after Avengers 2.


The Hobbit: The Desolation of Smaug

Some random guy kills the dragon.

I'm sure I'll see this. It's the kind of thing that "can't be missed", but I'm hardly excited about it like I was the LOTR films after each one came out.

Boy if this trailer didn't start with "Directed by Guillermo del Torro" I would have started laughing uncontrollably as the concept unfolded, but he has made great films, and this is one that I will give a shot because I have faith in him.

Neill Blomkamp's follow up to District 9. Not a sequel, just another film by that writer/director. District 9 was a work of art, the way sci-fi should be, but often is watered down in favor of putting asses in seats. If you haven't seen that, check it out.

Wait... what? Who approved this film, and why? 300 worked not because of some strong narrative and attachment to the characters but because it was 2 hours of pure homoeroticism masked in good old fashion white supremacy. This one is about the continuation of the war as the Persians marched all over Greece. My erection just faded. I won't be watching this one.

Apparently this film abandons the events of Wolverine. But it's the same actor, so I don't understand how or where this fits in.

In X-Men: First Class Hugh Jackman has a cameo as Wolverine (spoiler, by the way), clearly set in the 60s, and if I remember right he's in Japan, which would be after the events of Wolverine, which takes place in the 2000s (or at least post 1980s as Three Mile Island is a set piece for the climactic battle).

A new Terrence Malick film! The guy goes 20+ years releasing nothing and now we get something from him every two years or so. What a blessed age we live in.

Oh... Ben Affleck is in it? I guess it could be alright. Javier Bardem is also in it, that balances things out, right?

Ray Charles is president and he gets saved by the dude from 21 Jump Street. I guess no matter how far ahead the black man gets he needs the white man to prop him up.

Directed by Roland Emmerich. Does the white house crash into the moon at some point? Does the entire universe collapse into a black hole made from Polar Bear's tears? It's the only logical escalation point.

I always go back to the "tagline" I came up with for my review of his last schlock epic, 2012:

"Just when you think this drunken strip-tease has finished humiliating itself; another orifice is located and jammed full with an over-sized, and abnormally shaped, object.  Pure cinematic gold."


This is, of course, bad news for another contributor to this site, because he knows he has to see this with me.

A new Danny Boyle film. This is good news. I've liked everything he's done in some way or another. A few of his last films were far from perfect (namely 127 Hours and Sunshine), but I still enjoyed them. Sunshine is a work of art that just comes unraveled a bit near the end. If you haven't seen it, check it out. Chris Evans steals the show. Yes, Chris Evans of Captain America, Fantastic Four, and What's Your Number fame.

Isn't that the name of that Turkish Bath over on North Broadway?

Isn't that the name of--oh, I did that joke already.

I'm excited about this one. I liked Star Trek. It wasn't "Trek", but it was a load of fun.

Everyone I know has heard me say this already, so now the Internet gets to hear it. There were no Native Americans available to play the Native American role?

"But he was a racist stereotype!"
Then cut him out of the movie or reinvent him to not be that.
"Then it wouldn't be The Lone Ranger, it would be a proper film."
Brain, I thought you left.
"I forgot my keys."

Let me get this straight... 2013 will have films by Edgar Wright, Terrence Malick, Danny Boye, and The Coen Brothers? Good thing the world didn't end in 2012. Pitty Wes Anderson and Paul Thomas Anderson didn't wait to release their recent films in 2013, the only thing that would have made the year better would be the discovery of a cache of previously unknown completed films by Kubrick, Kurosawa, and Hitchcock.

It is about Seve Jobs, so indirectly it may be a film about homosexuality, but not the good kind, practiced by hard working, hard loving, good upstanding people in every corner of society. I'm talking about the bad kind, that permeates every level of the Apple corporation.
Posted by Unknown at 9:03 PM